Venues for Hire in Glasgow

If you want an upbeat and vibrant location for your event you won’t go wrong with Glasgow; this is where it’s at, where it’s all going on. We’ve got 31 of venues just 12.8 miles from the city centre, with capacity for up to 1,000 guests, so take your pick. You’ll find snazzy modern and elegant historic hotels, many slap bang in the heart of the city; purpose-built conference centres, outstanding arenas, a sports stadium, a racecourse and country houses set in acres of verdant grounds.

Whatever your event we’re sure you’ll find the perfect venue; floaty weddings, summer barbecues, big Christmas bashes, family fun days, dinner-dances, we’ve got it all covered, besides those corporate affairs – conferences, AGMs, awards ceremonies, product launches, exhibitions, training days, team building. Like we say, we’ve got it covered. If you do get stuck or feel spoilt for choice use our 'Ask the Experts' facility; we’ve got heaps of experience in helping people to find the perfect venue. 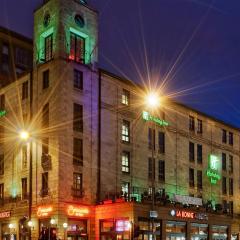 This 3-Star Holiday Inn is in a spectacular spot for those wishing to host an event in one of the country’s most vibrant and exciting cities. Located in the centre of Glasgow’s trendy shopping and… 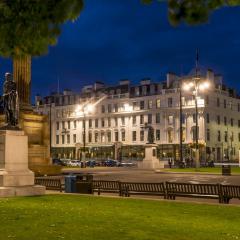 The 4-star Millennium Hotel Glasgow, effortlessly combines elegant Victorian architecture and a perfect location with exceptional service and modern facilities making it one of the finest hotels in Glasgow.… 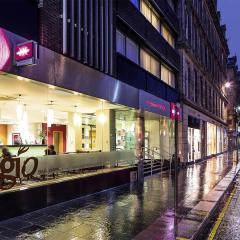 The Mercure Glasgow City 3 star Hotel makes a great location for your event, located in the bustling and vibrant city centre and situated perfectly for exploring the cultural sights and sounds of Glasgow.… 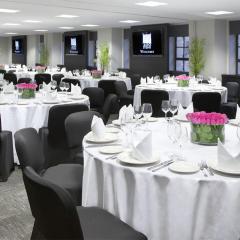 Situated in the heart of Glasgow’s vibrant city centre this amazing building, which has just received a multi-million pound restoration oozes style and sophistication and is guaranteed to impress. An… 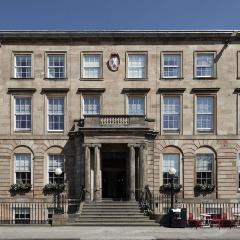 Located in the centre of Glasgow is the Kimpton Blythswood Square Hotel, an iconic building now transformed in to 5-star luxury and the perfect combination of contemporary meets history. The stylish blend… 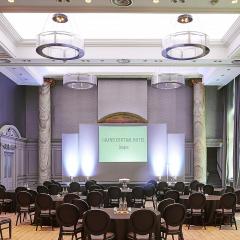 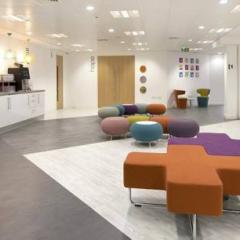 Slap bang in the city centre with panoramic city views and stylish, modern meeting spaces for up to 260 guests, this is the place for your key business event. The 7 meeting rooms on the 8th and 9th floors… 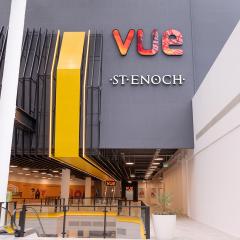 Book Vue Glasgow St Enoch for private viewings of your favourite film and for business meetings and events. With cutting edge technology and tiered seating, a cinema is a great place for a conference,… 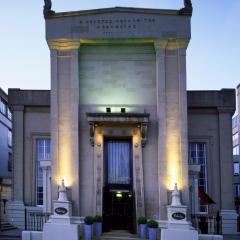 Malmaison Glasgow is a boutique style hotel in the city centre, that’s gained an impressive reputation as a hot spot for cosmopolitan weddings and for business meetings and events for up to 80 people.… 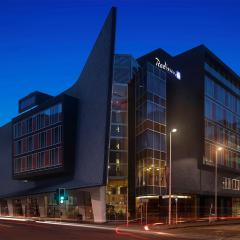 This stunning 5-Star hotel located in the city centre of Glasgow has everything you could possibly need to host a fantastic event. The sleek and sophisticated décor coupled with excellent service provides… 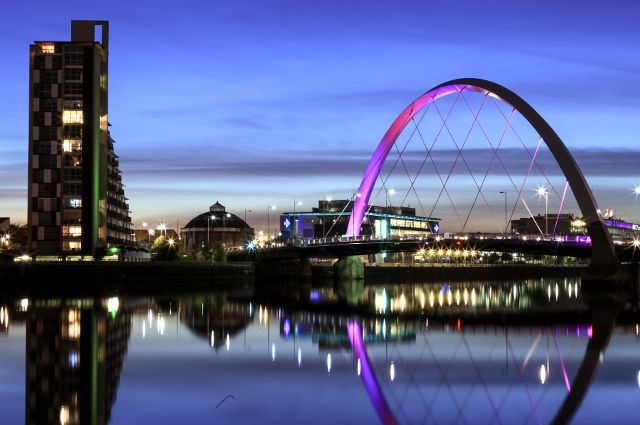 Hip and happening; from its days as a trade and ship building centre on the banks of the River Clyde, Glasgow has prospered and bloomed and is now the largest city in Scotland and the third largest in the UK. History and heritage is huge here; Victorian and art nouveau buildings, green spaces, modern shopping malls, markets - quite an eclectic mix but it works. Culture vultures flock to Glasgow for the art galleries, museums and theatres, foodies come for the huge variety of scrumptious delights, and shopaholics come here because Glasgow has the biggest retail centre outside the West End of London.

The city centre is an architectural jewel with Mackintosh’s Lighthouse, Glasgow School of Art, the art deco Glasgow Film Theatre and the copper domed Mitchell Library. Modern examples include the SVS Conference Centre and the striking Novotel Glasgow Centre, but travellers coming in to Glasgow Central Station have a beautiful Victorian landmark to feast their eyes upon, with the adjoining elegant Principal Grand Central Hotel.

Away from the city centre, the South is a district of leafy parks and lush gardens, a wonderful setting for MacDonald Crutherland House with its purpose built conference centre. Big fields mean plenty of room to kick a ball about and this is where you’ll find Rangers Football Club and Hampden Stadium. Not just for sports fans though, oh no; the O2 ABC and the Classic Grand host some big names in the music industry, whilst Glasgow Science Centre and the Planetarium pull in the crowds.

The East is home to the city’s markets; hundreds of busy stalls amidst the oldest buildings in the city, including the glorious medieval cathedral, and Porvand’s Lordship, built in 1471. The North retains its industrial heritage; old mills and warehouses along the Forth and Clyde Canal, but it’s also big on sports – particularly watersports, and it’s where Firhill Stadium is, home to Partick Thistle FC.

Though smaller, the West district certainly has a lot to shout about; apparently it’s one of the hippest places in the UK, big on the vintage scene, arts and culture, food, and leafy parks – in other words it’s got the lot. Of note are the Botanic Gardens and the stunning Victorian glasshouse, Kibble Palace. Venue wise this part of the city punches high with the SSE Hydro and SEC Armadillo both within the Scottish Event Campus.