Big Venue Book has found 54 venues within 8.5 miles of Salford in Greater Manchester which have function rooms and event space available to hire for both private and corporate events of up to 2,500 people attending. What's the occasion? You can browse our venues by event type such a wedding, party or meeting. Simply add one or more venues to your shortlist and send an enquiry to receive a detailed quotation prepared by the professional event managers based at each venue. If you're planning a corporate event and on a tight deadline why not 'Ask the Experts'? Our team are on hand to help you find the perfect venue for your next event. 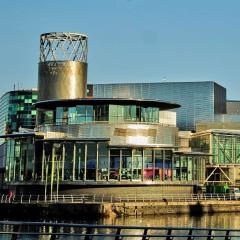 This modern iconic Manchester Waterfront venue located on The Quays is the perfect place to hold and event with a difference. Choose from a diverse range of spaces, all totally unique to one another and… 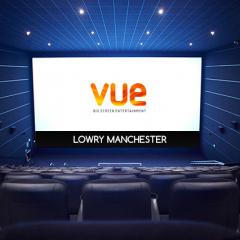 With state-of-the-art projection and surround sound, a cinema is a clear-cut choice when it comes to business meetings and events; think awards ceremonies, presentations, conferences, seminars, and product… 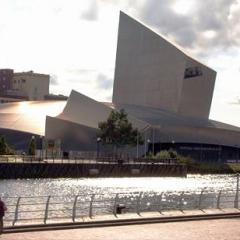 The IWM is located on the riverside in the picturesque quay area of the vibrant city of Manchester. Housed in a creative, modern architectural building this is a unique venue that will inspire and fascinate… 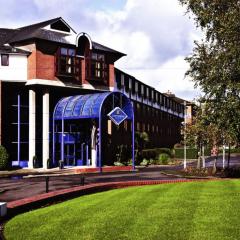 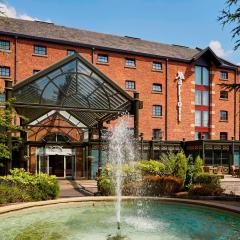 Located directly on the banks of the River Irwell, Manchester’s Marriott Victoria & Albert Hotel is a wonderful venue still retaining its industrial charm and stature as an old warehouse building. Combining… 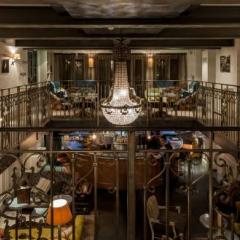 If you have a enchant for the eclectic, for unique, playful style in gorgeous surroundings, this one’s for you. Right in the heart of Manchester, it’s an original Victorian school that’s seen an… 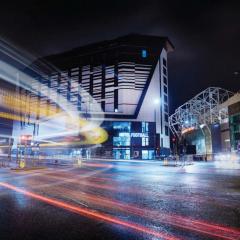 Spectacularly located directly next to Old Trafford Football Stadium this unique football themed venue is exactly what is says it is - a Football Hotel! With a super-stylish contemporary football theme… 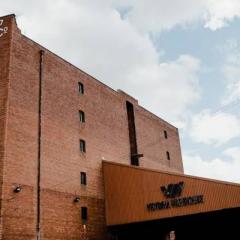 History combines with industrial architecture at this eclectic venue just 5 minutes from Manchester city centre. It’s hip and it’s raw and it makes a pretty cool background for anything from large… 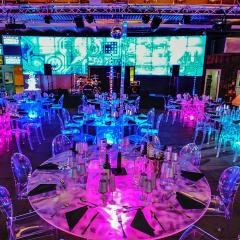 Museum of Science and Industry

This luxury 5-star designer hotel is situated on the banks of the river Irwell in Manchester. A hip, contemporary hotel offering superb event space with first-rate facilities. For corporate and social… 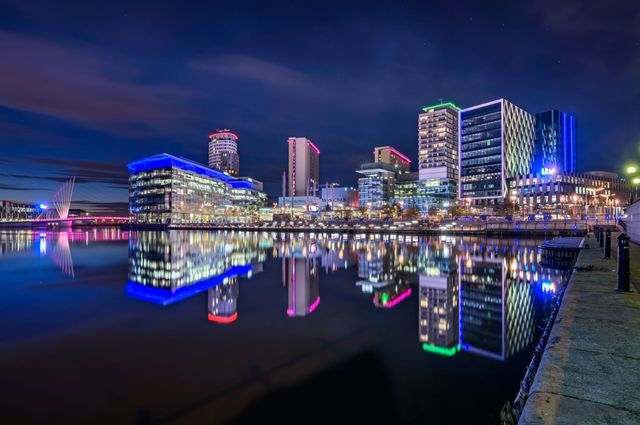 Although the county lines between Salford and neighbouring Manchester are often blurred, it is a town in its own right with a strong identify all of its own. Famous for iconic band The Smiths, artist LS Lowry and comedian Jason Manford, it’s long been a cultural hub and hive of creative activity.

Activities and attractions in the area include the Museum of Science and Industry (or MOSI, for short), the National Football Museum and Salford City Stadium, home to rugby league team Salford Red Devils and rugby union club Sale Sharks. Sports fans can take a tour of Old Trafford, home to world-famous football team Manchester United.

Salford was once a major factory town and port, thanks to its close proximity to the Manchester Ship Canal. Remnants of this industrial activity can still be seen today – and much of the canal and once functional commercial areas have been redeveloped and regenerated. In 2012 the BBC moved multiple operations and departments to Mediacity UK at Salford Quays – which was once one of Manchester’s key ports. Now it is home to various creative, communications and media companies, as well as the Imperial War Museum North, The Lowry Theatre and Lowry Outlet Mall. Other shopping locations include the nearby Trafford Centre and Salford Shopping Centre. Entertainment complexes including cinemas and leisure centres can all be found around the town. For an escape from the urban landscape take a stroll on the River Irwell.

Transport links are understandably excellent – thanks to the Metrolink tram and railway network and easy access to the M60 motorway, which connects Salford with the rest of the UK. Manchester Airport is also nearby, around 40 minutes’ drive from the centre.