Big Venue Book has found 51 venues within 12.7 miles of St Helens in Merseyside which have function rooms and event space available to hire for both private and corporate events of up to 6,000 people attending. What's the occasion? You can browse our venues by event type such a wedding, party or meeting. Simply add one or more venues to your shortlist and send an enquiry to receive a detailed quotation prepared by the professional event managers based at each venue. If you're planning a corporate event and on a tight deadline why not 'Ask the Experts'? Our team are on hand to help you find the perfect venue for your next event. 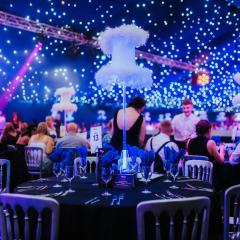 Book now for the best Christmas party in Prescot. The festive season gets a makeover with an exhilarating Eastern vibe at Electric Jungle; intrigue and enchantment are at the forefront for what promises… 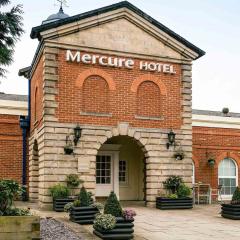 Georgian mansion-style luxury hotel and events venue in Haydock, halfway between Liverpool and Manchester set in attractive landscaped gardens designed around a beautiful central courtyard. The venue has… 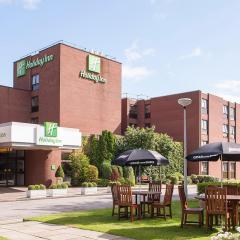 Conveniently located at the gateway to the North East, in the village of Newton-Le-Willows and next to Haydock Park Racecourse, Holiday Inn Haydock is a popular venue for weddings and private celebrations,… 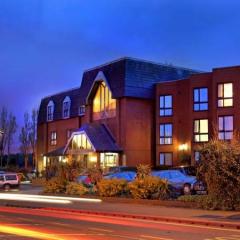 This modern 3-star hotel in Widnes, is a popular Cheshire venue for weddings and private celebrations as well as corporate events for up to 140 delegates. Ideally situated with easy access from Liverpool… 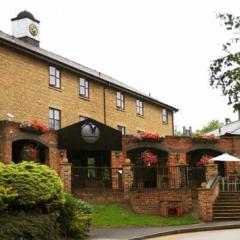 This 3 Star hotel provides traditional style and modern facilities in a convenient location. The hotel gives a great service for anyone planning a conference or meeting with the expert planners ready to… 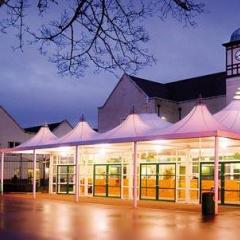 Set in an area of 127 acres of parkland, Haydock Park Racecourse provides an excellent location for your event no matter how big or small. The racecourse has several meeting spaces varying in size from… 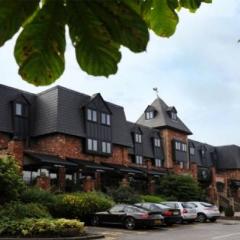 This modern brick building home to The Village Hotel Warrington is an excellent base for those exploring and needing connections to the main cities of Liverpool and Manchester. For your business requirements… 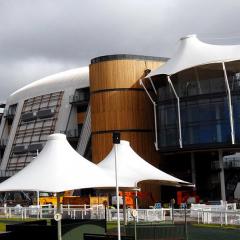 Not just home to the most famous horse race in history The Grand National but also available for hire is the historic Aintree Racecourse in Liverpool. A haven for triumph and achievement, this venue has… 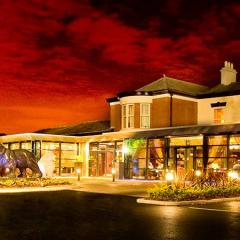 The award-winning Warrington Fir Grove Hotel enjoys a convenient location within easy reach of Manchester, Liverpool and Chester. Contemporary meets traditional in this hotspot for corporate and private… 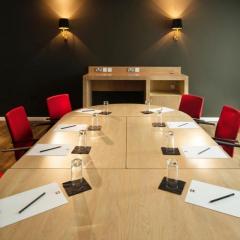 If you want a North West venue with an upbeat and relaxed vibe for your next business meeting or event, Pentahotel Warrington should suit you nicely. Stuffy they are not, formal they will never be; their… 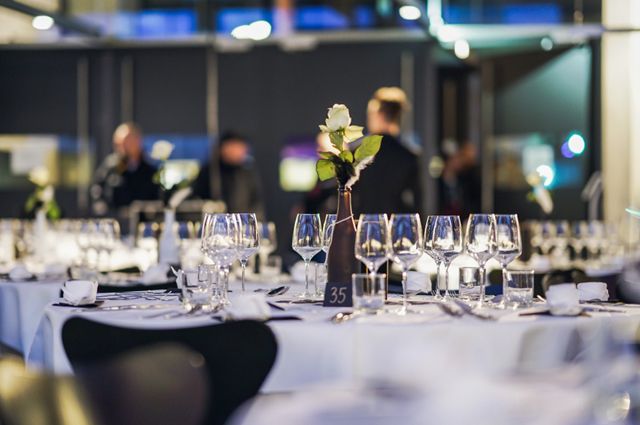 St Helens sits between Liverpool and Manchester in the north west of England. It is an understated town known for its community spirit and northern charm – with an interesting blend of Liverpudlian and Mancunian cultures and accents.

St Helens is famed for its glass – which has been produced there since the industrial revolution. It was also a centre for coal mining, textiles, copper smelting and brewing. Now world-renowned glass firm Pilkington is the only remaining manufacturer, employing many of the local residents. The World of Glass Museum commemorates its place in history as one of the most prolific producers of quality glass – with interesting exhibits and glass blowing demos to offer a rare glimpse into the industry. Remnants of the town’s industrial heritage can be found throughout the centre and on the outskirts in the form of mounds and disused quarries from past mines.

Other attractions include The Dream Sculpture, Nineteen Arches and Dream – the 20-metre-high sculpture taking the form of a large head, which sits on the site of a former colliery. At the North West Museum of Road Transport cars, buses and lorries from bygone eras are displayed. The town is also well known for its rugby league club. In the town centre Church Square Shopping Centre, The Hardshaw Centre and Ravenhead Retail Park offer up high street brands and outlets.

St Helens can be reached by car and is easily accessible from Manchester and Liverpool. Trains frequently pass between the two cities, continuing to connect with London and Birmingham in the south.