Venues for Hire in Poole, Dorset

Big Venue Book has found 12 venues within 11.3 miles of Poole in Dorset which have function rooms and event space available to hire for both private and corporate events of up to 4,012 people attending. What's the occasion? You can browse our venues by event type such a wedding, party or meeting. Simply add one or more venues to your shortlist and send an enquiry to receive a detailed quotation prepared by the professional event managers based at each venue. If you're planning a corporate event and on a tight deadline why not 'Ask the Experts'? Our team are on hand to help you find the perfect venue for your next event. 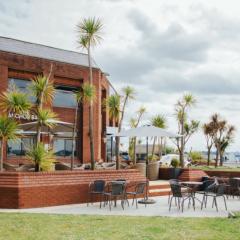 Located close to the Harbour on the Quay, the Poole Quay Hotel offers two good-sized function and conference rooms available to hire for private or corporate events for up to 200 people in conference set-up… 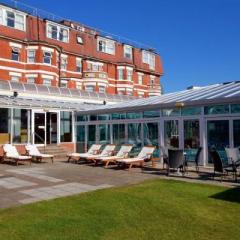 This charming brick hotel is nestled in the vibrant town of Bournemouth, with beautiful sandy beaches this venue is suited to team weekends away and corporate entertaining. The Bournemouth West Cliff Hotel… 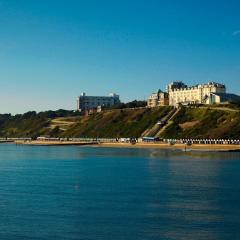 Enjoying a clifftop location just steps from the beach, this iconic building boasts sweeping views of the channel and is needless to say, a fantastic venue for weddings and private celebrations as well… 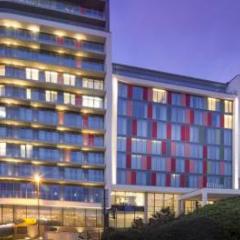 If you want a venue that stands out from the crowd, this could be it. There’s nothing boring about the Hilton Bournemouth; it's unique, it's cool and it's exciting. 4 stars, centre of town, 5 minutes… 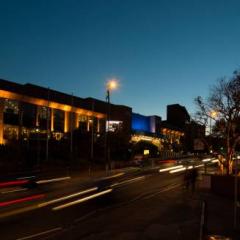 Situated in a top location in Bournemouth, near the pier, beach and town centre this is an excellent choice of multi-functional venue. The Bournemouth International Centre (BIC) is ideal for conventions,… 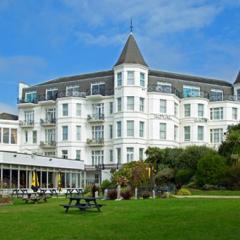 With an exceptional beachfront location, this epitome of Victorian seaside grandeur is the Royal Bath Hotel and Spa. Combining history with modern comforts you will be swept away to a bygone era visiting… 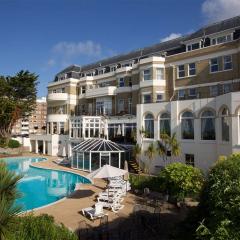 Boasting stunning views and set within the heart of historic and exciting seaside town is the majestic Bournemouth Carlton, Best Western Signature Collection. With plenty of choice to offer set in traditional… 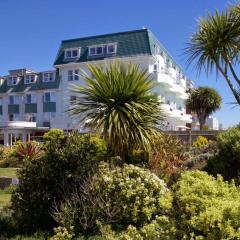 High up on the cliff top with views of Bournemouth beach and the sea, the Bournemouth East Cliff, Sure Hotel Collection by Best Western is a superb venue for all kinds of corporate or private events. There… 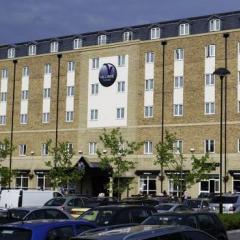 The 3 Star Village Hotel Bournemouth provides traditional style and modern facilities in a convenient location right next to award winning beaches and a golf course. The hotel provides a great service… 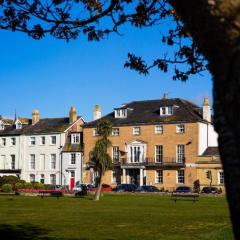 A gem on the Dorset coast is how The Kings Arms in Christchurch has been described; every reason to book this boutique hotel for business meetings and events for up to 200 delegates. From conferences,… 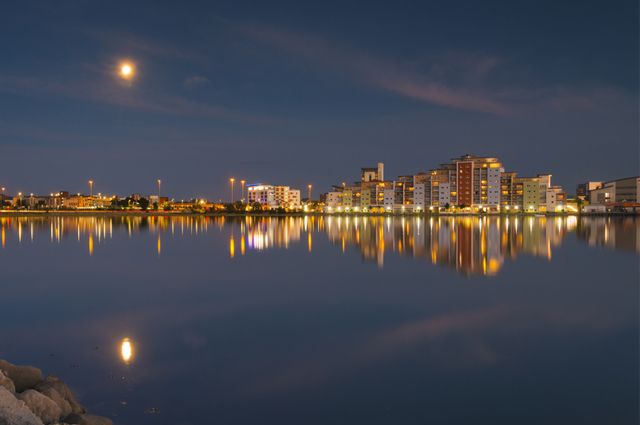 Poole in Dorset sits right on the south coast between Bournemouth and the picturesque Studland Peninsula, leading to Swanage beyond. The area itself is known as the Isle of Purbeck, which covers the picturesque coastal area between Poole and Swanage. Poole is famous for its long stretches of sandy beach and various attractions making it one of the most popular coastal holiday destinations in the UK. This classic seaside town is also famous for its pier and rugged coastline which is popular with ramblers and nature lovers.

Poole itself is a pretty town with many quaint shopping streets and restaurants selling fresh seafood lining the seafront parade. High street brands and. Including Dolphin Shopping Centre and Castlepoint Shopping Park. Nearby attractions also include Poole Museum, Adventure Wonderland, Splashdown Waterpark, Farmer Palmers Farm Park and Bournemouth Aviation Museum. Boat trips are available across Poole Bay to Brownsea Island, which is home to native red squirrels and lots of other wildlife. Upmarket Sandbanks rests on the peninsula, an exclusive area famous for its multi-million-pound mansions overlooking the sea.

Poole Rail Station connects the town with neighbouring areas and cities - which can also be reached via motorway links.