Venues for Hire in Liverpool

Liverpool is cool, it’s a fact, and the city is packed with venues that are absolutely amazing for all kinds of events. We’ve got 46 to show you, all within 14 miles of the city centre, with a top capacity of 6,000 people. So make it happen, whether you’re organising a big exhibition, large scale conference, exciting product launch, glittering awards presentation, or just a small executive meeting.

Choose from swish and modern, plush and sumptuous, hip and funky (great for Christmas parties and social events), historic and classic, or waterfront chic (what a backdrop for romantic weddings). There’s quite a choice, so if you need help then opt for 'Ask the Experts'. 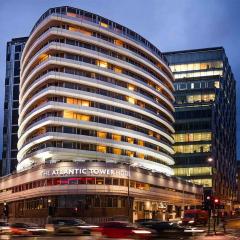 This unique dockside building remarkably shaped like a ships sail is home to Mercure Liverpool Atlantic Hotel. Boasting stunning views, wow your guests by hosting your event at this iconic building in… 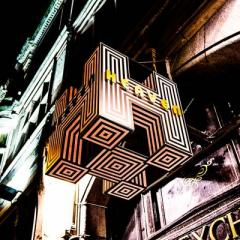 Predominantly an upbeat and vibrant venue with a huge following among the LGBT community, Heaven is also a popular location for private and business events, with capacity for up to 500 guests. Smaller… 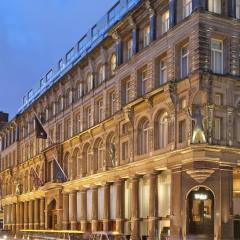 Liverpool of course, for this Beatles inspired hotel, right next to the Cavern Club in fact. And what a swish and snazzy backdrop for weddings, celebrations and business meetings and events of all kinds,… 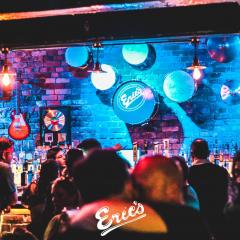 Eric’s is a venue stooped in music history, originally opened as Eric’s Club in 1976 as a private members’ club the venue has hosted performances over the years by the likes of The Clash, Ultravox… 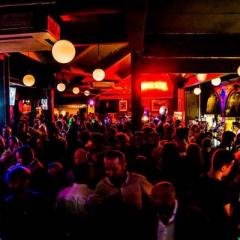 Named after the 1965 album by the Beatles, Rubber Soul is a lively bar and venue in the Cavern Walks of Liverpool which is perfect for parties, functions and live music events for up to 700 people. If… 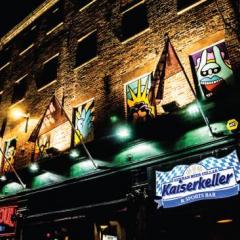 In the hub of the bustling city of Liverpool is KaiserKeller, an authentic German sports and music bar offering a range of packages for large groups, ideal for team building events, birthdays and Christmas… 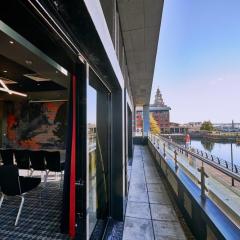 With a fabulous waterside location and eclectic trendy interiors, Malmaison Liverpool is a purpose-built, boutique style hotel that’s proving to be a big hit for cosmopolitan city centre weddings and… 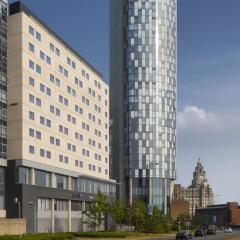 Radisson Blu Hotel, Liverpool brings you slick and streamlined modern elegance in the heart of the city. With capacity for up to 200 people this is a stylishly snazzy venue for cosmopolitan weddings and… 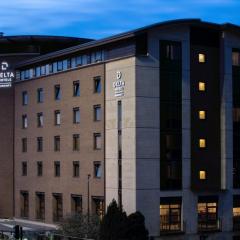 Standing proud in the centre of the city is the 4-star Liverpool Marriott Hotel, providing a first-class service from arrival to departure for both business and leisure guests. For corporate and social… 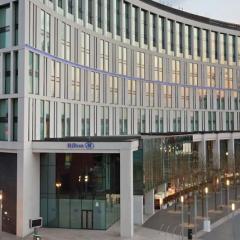 This smart modern hotel offers excellent amenities in a great location in Liverpool One. There are 11 flexible meeting and event rooms, the largest accommodating up to 450 guests. There is Wi-Fi, secretarial…

Liverpool: The Vivacious City on the Mersey… 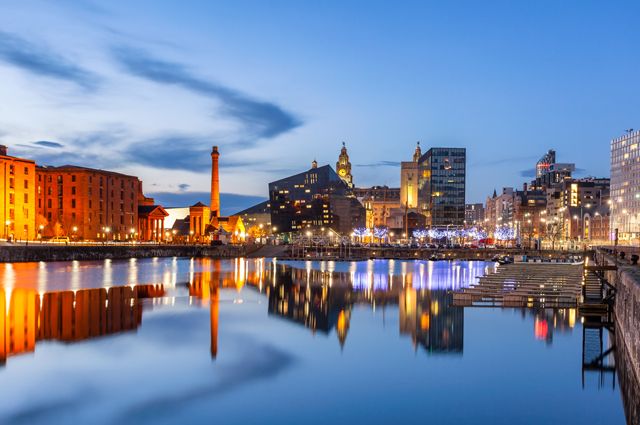 Liverpool is one of the UK’s most vivacious and fashionable cities, with beautiful architecture, big green spaces, lively shopping centres, and a bustling independent scene where music, art and culture ranks high. It’s been up there in the must visit places since the Beatles shot to fame in the sixties and this is still one of its main pulls, along with the top football clubs – Everton and Liverpool FC.

The different parts of the city each have their own vibe; the Georgian Quarter has historic Hope Street at its heart, with handsome terraced houses, and at each end, a cathedral; the area is home to the Liverpool Philharmonic Hall and the Liverpool Medical Institution.

That rich history of music permeates throughout the city with the Waterfront famed for ‘Ferry Across the Mersey’ and The Beatles Story sites at the ferry terminal and the Victorian Albert Dock. This is a top spot for culture vultures visiting the museums and galleries, and going to events at the iconic Royal Liver Building, the Pullman Liverpool Hotel, and Exhibition Centre Liverpool, plus there’s a plethora of restaurants, bars and waterside stopovers including the stunning Mercure Liverpool Atlantic Tower Hotel, and the Titanic Hotel.

So where’s cool? Top of the list is the Cavern Quarter where the nightlife is steaming; there’s legendary Mathew Street, Eric’s, the Cavern Club, Rubber Soul, and some uber quirky bars like Soho Liverpool and Black Rabbit Shot Co.; plus the new kid on the street is the Hard Day’s Night Hotel. It’s certainly one of the places to be, but equally cool is the Ropewalk Area, the bohemian part of town, named after the 19th century warehouses once used for rope making. It’s now dominated by all things vintage, crafty and epicurean, a rich mix of food and drink, art and music, centred around eclectic Bold Street.

The Baltic Triangle was the hardcore working part of town, especially during the slave trade, but nowadays it’s rapidly grown to be a part of the Liverpool vibe, raw and pared back, trendy and earthy. St George’s Quarter has the accolade of being a UNESCO World Heritage Site, packed with theatres and imposing Victorian architecture, notably the neo-classical St George’s Hall, Liverpool Empire, and Queen Street Arcade. There’s a high Chinese population in Liverpool; behind the chunky Shanghai arch at its entrance is a colourful and buzzing Chinatown.