Venues for Hire in Gillingham, Kent

Big Venue Book has found 22 venues within 14.5 miles of Gillingham in Kent which have function rooms and event space available to hire for both private and corporate events of up to 3,000 people attending. What's the occasion? You can browse our venues by event type such a wedding, party or conference. Simply add one or more venues to your shortlist and send an enquiry to receive a detailed quotation prepared by the professional event managers based at each venue. If you're planning a corporate event and on a tight deadline why not 'Ask the Experts'? Our team are on hand to help you find the perfect venue for your next event. 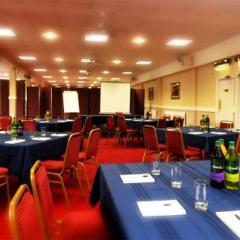 Situated in the heart of Medway and Maritime Kent, the King Charles Hotel can accommodate conferences, meetings, presentations, interviews or weddings or corporate functions from 2 to 200 people. The… 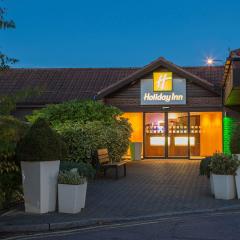 Close to the Medway towns of Rochester, Chatham and Gillingham and with easy access to major routes, Holiday Inn Rochester – Chatham has all you need for your private parties and for your next business… 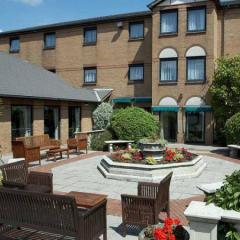 With so many fantastic amenities combined with a perfect location Bridgewood Manor Hotel is sure to tick all the boxes for those looking to create an event, get married or just looking for a base to explore… 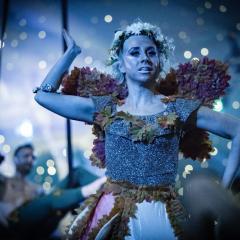 Possibly the best Christmas party in Kent is on the cards at Burlesque near Maidstone. This super festive mega event, held at the Kent County Showground, will transport you back to Paris, 1896; the mood… 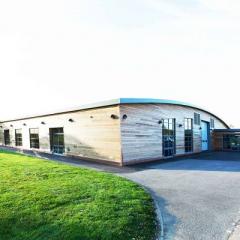 Kent Event Centre is the county's most flexible, super-sized conference and exhibition venue, with 7,000sqm of indoor space, 200 acres outdoors and a massive capacity of 30,000 people. Exhibitions, trade… 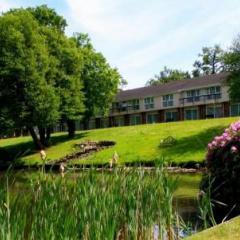 The Inn On The Lake 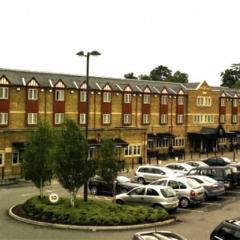 This modern brick building home to The Village Hotel Maidstone is a prime spot combining the Kent countryside with London connections. For your business requirements The Village Hotels have an excellent… 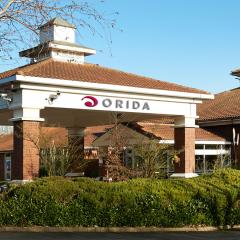 Light and airy modern meeting rooms, fun-filled team building activities, mindful meetings; just a taste of what you can have at your next business meeting or event at this popular hotel just a few minutes… 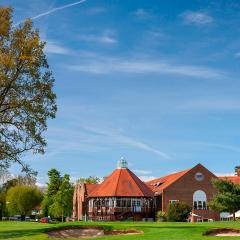 Nestled in the peaceful countryside near Bearsted in Kent, is this charming luxury hotel. Hidden away in parkland, yet only 30 miles from London this hotel offers convenience and relaxation in a picturesque… 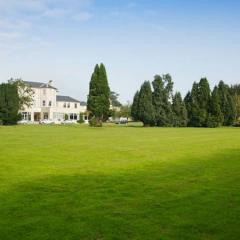 Hollingbourne, Maidstone, Kent ME17 1RE

A modern hotel set in the Kent countryside, next to Leeds Castle just 5 miles from Maidstone and 1 hour from London. Over 600 square metres of exhibition space, with a choice of 14 meeting rooms suitable… 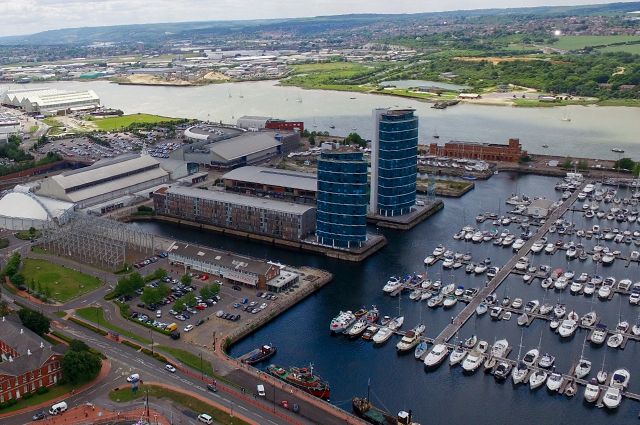 Gillingham in Kent lies beside the River Medway in Kent, a stone’s throw from the south-east coastline. It is a diverse and important town, serving many nearby towns and villages.

It is perhaps best known for the neighbouring Chatham Historic Dockyard, a maritime museum on the site of a former royal naval dockyard. It is one of the area’s most popular visitor attractions – famous for its three ships (the HMS Gannet, HMS Cavalier and HMS Ocelot) and a variety of exhibits showcasing its rich past and the activities once undertaken there. It is also destined to become a World Heritage Site thanks to its historic importance. Other attractions include seafront swimming complex Strand Leisure Park and Cobtree, with its wooded parks, playground and picnic areas.

Gillingham is easily accessed via the M2 motorway – and as a result it’s a popular location for businesses. It’s also the largest retail centre in the area, with Hempstead Valley Shopping Centre and Dockside Outlet Shopping Centre both offering a range of high street stores and independent boutiques. Large street markets take place each Saturday and Monday – the busiest in the area. The town is just over an hour from London by road and just 50 mins by train.