Venues for Hire in Derby

Find the ultimate venue for your next event whether it’s a large scale exhibition, a seriously big conference, product launch, awards ceremony or AGM. The 38 venues listed below are all within 14.9 miles of Derby and have capacity for up to 8,000 guests.

You’ll find fabulous venues for all kinds of social events too – for the all-important Christmas party, for summer barbecues, drinks receptions, gala dinners, and of course, for schmaltzy weddings. Imagine the chinkety-chink of glasses on the terrace of a country house hotel, the happy chatter of guests mingling beneath sparkling chandeliers, the room dressed just how you want it. If you’re undecided then opt for 'Ask the Experts' and let us find a venue that will tick all the right boxes. 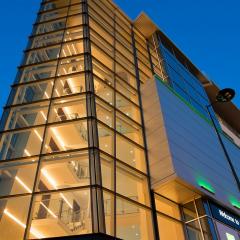 Right in the middle of Derby city centre, yet only a 15-minute drive from the M1, this contemporary glass fronted hotel is something of a hot spot for weddings and private parties, and for business meetings… 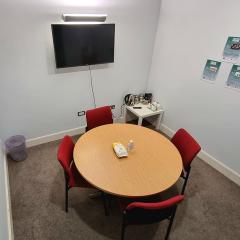 The Padley charity was founded in 1985 to provide services to the vulnerable in Derby. Their hub offers the perfect space for small meetings and interviews for up to four people. Located in the centre… 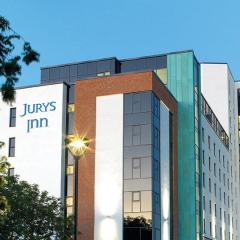 With a great location in the historic Cathedral Quarter just a ten minute stroll from Derby city centre, Leonardo Hotel Derby is a popular venue for small to medium sized corporate meetings and events.… 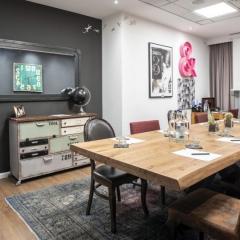 If you're looking for meeting or event space with a seriously cool vibe then you need to book Pentahotel on Derby's Pride Park. With space for up to 70 delegates this is a snazzy setting for your training… 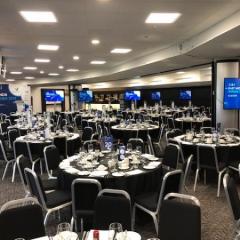 Not just home of the Rams, Derby County Football Club at Pride Park Stadium is one of the hottest venues in Derby for private events from proms and balls to Asian weddings, and for business meetings and… 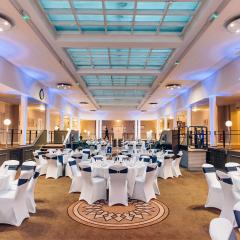 Derby Conference Centre brings you not just convenience but also a top notch venue for business meetings and events, for weddings and celebrations for up to 500 guests. So, if you’ve got something in… 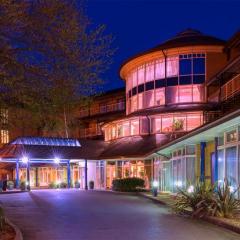 Derby Mickleover Hotel is a favoured venue for business meetings and events for up to 200 delegates. That includes your conferences, product launches, training sessions, team building days, exhibitions,… 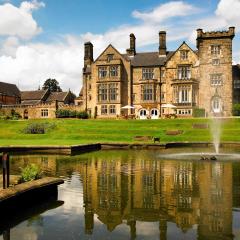 With the accolade of being the oldest Marriott hotel in the world, this 4-star Morley venue sits in 300 acres of gorgeous landscaped grounds, including two golf courses, surrounded by spectacular Derbyshire… 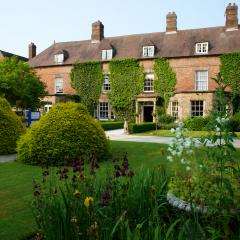 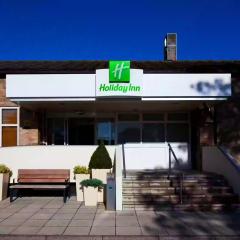 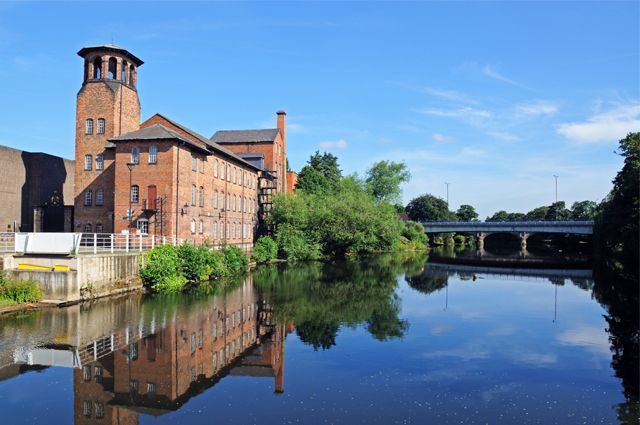 Derby is well known for its associations with transport manufacturing, but don’t think that’s all there is to this Midlands city that sits on the banks of the River Derwent; there’s much more. The huge role that Derby played in the industrial era is evident from some of the prominent buildings; Derby Silk Mill, now a museum of industry and history, and Darley Abbey, dating back to medieval times but developed as a mill village in the 18th century. The city is big on history, evidenced by the interesting displays in the Derby Museum and Art Gallery; it has an impressive gothic cathedral, and beneath the streets are a series of tunnels, known as the Derby Catacombs, accessed through the back room of a pub!

The city centre is, like most city centres, lively and vibrant, packed with shops, bustling with business and culture; the Cathedral Quarter is quite the place to be. Escaping the flurry is easy though as there are over 900 hectares of open spaces; Markeaton Park is the most visited, with an Orangery and Craft Village, sports areas, and a boating lake. Derby Arboretum was the first urban park in Britain and has a noteworthy collection of trees and two Tudor style lodges.

There are festivals going on across the city throughout the year, bringing a carnival atmosphere to Derby. It’s home to Derby County Football Club whose ground is at iPro Stadium, and within half an hour’s drive is the Hilton at St. George’s Park, the domain of the FA’s National Football Centre and all 28 England teams. Not far away is the Donnington Park racing venue, superb for corporate hospitality and team building days, though if your crowd like golf then Breadsall Priory Marriott Hotel & Country Club will suit you; it’s set in 300 acres of glorious landscaped grounds which incorporate two top notch golf courses.

Hosting a conference in Derby shouldn’t be a problem as there are some very diverse venues to choose from including the contemporary glass fronted Holiday Inn Derby Riverlights. Another good thing about Derby is that the transport links are good, both road and rail, and the East Midlands Airport is only 15 miles away with hotels on site.