Venues for Hire in Edinburgh

Surely one of the most beautiful cities in Europe, why wouldn’t you want to hold your event here? Edinburgh has an old town and a new town, so we have some very contrasting venues to show you; there are 44 venues to choose from within 13.1 miles of the city centre, with a maximum capacity of 12,000 people.

If you’re planning a large scale exhibition, product launch or conference, you might opt for a purpose built conference centre; for an AGM, awards presentation or training day a modern hotel might suit you. For social events to remember there are sumptuous historic hotels, striking halls, assembly rooms, country houses, even a museum, and for the ultimate fairytale wedding we have botanic gardens and a centuries old castle. If finding the perfect venue is a daunting task, just use our 'Ask the Experts' service, and let us do the searching for you. 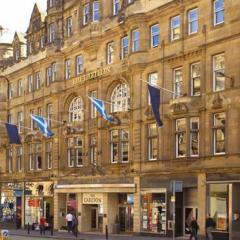 If you’re looking for a stunning venue right in the heart of Edinburgh for a memorable corporate event, you really should look at this! With imposing Victorian architecture and a fabulous city centre… 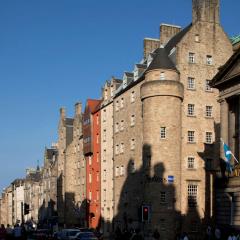 Located in an exceptional city centre spot, the Radisson Blu Hotel, Edinburgh City Centre has it all – style, amenities and perfect for shopping, eating and exploring the history and culture of Scotlands… 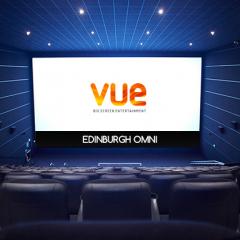 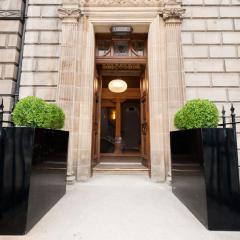 Old meets new at The Place Hotel, a 4-star boutique hotel set in a gorgeous Georgian terrace in the heart of Edinburgh city centre. With capacity for 400 people, this is everything you’d expect from… 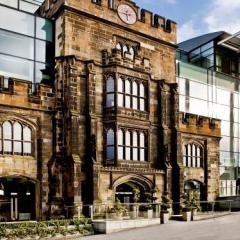 In 2003 the Victorian Lady Glenorchy church was converted into the fabulous 5 star Glasshouse hotel. Boasting a stunning two-acre roof top garden and views across Edinburgh, whilst offering both comfort… 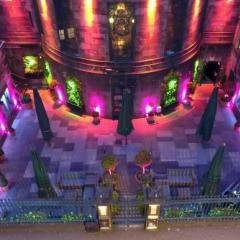 Beneath The Dome bar and restaurant on Edinburgh's famous George Street is the Why Not Nightclub. Its unique indoor and outdoor spaces will wow your guests with its state-of-the-art lighting and audio-visual… 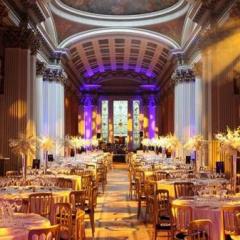 The Signet Library located in Parliament Square just off the Royal Mile in Edinburgh must be one of the finest examples of 19th century Georgian Architecture. This beautiful venue bursting with period… 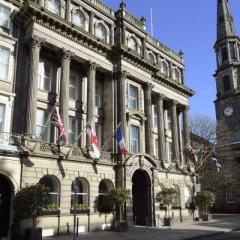 Located in the centre of Edinburgh this recently renovated, luxury hotel combines modern with rich history and by keeping some of the stunning period features makes the perfect venue for many events boasting… 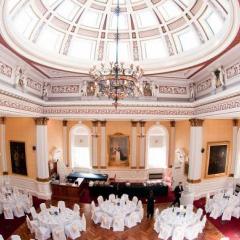 This beautiful venue offers a unique and exquisite backdrop for your event. The Merchants’ Hall in the heart of Edinburgh boasts fabulous domed ceilings, intricate plasterwork and with panels, pillars… 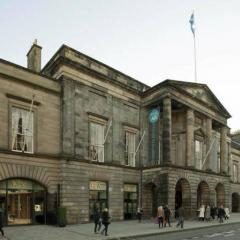 The Assembly Rooms is a unique venue available to hire in the centre of Edinburgh. Built in 1790 and visited as a high-quality social gathering space the venue continues to offer clients the same opportunity…

Edinburgh: The beautiful capital of Scotland… 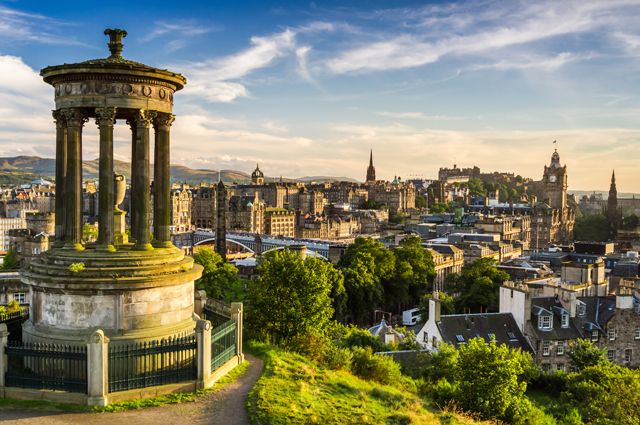 Undeniably beautiful, Edinburgh has a medieval old town, and a Georgian new town; up above on the hill is Edinburgh Castle, where the Scottish crown jewels are kept. What a colourful city this is, one of vibrancy and pep; there’s a certain whirl, an excitement that makes it unique, served by two railway stations, an airport and an extensive road network. Maybe it’s all the goings-on, events like the annual Edinburgh Fringe Festival and the Royal Edinburgh Military Tattoo.

Edinburgh has 6 main districts set around a city centre packed with shops, art galleries and museums, parks, and places to eat. Modern buildings stand cheek by jowl with some impressive Georgian and Victorian architecture - the elegant Merchant’s Hall, the Hilton Edinburgh Carlton, and the Glasshouse Hotel with its 2 acre roof top garden.

In the old town, Grassmarket has a grisly past, originally where public executions took place, then a cattle/horse market. You’d never know when you’re here amidst the hustle and bustle, the eclectic bars and independent shops; it’s very relaxed these days.

The Royal Mile is the historic heart of the city and is where Scottish Parliament is, the Palace of Holyroodhouse, and the law courts, as well as the famous castle, St Giles Cathedral. Parts of the West End have quite a bohemian feel with one-off shops, artisan eateries and multifarious bars. This district is home to BT Murrayfield Stadium, much revered home of Scottish rugby, and it’s where the former Caledonian Railway Hotel stands, under its new guise as the Waldorf Astoria.

Waterfront Leith is the old maritime centre of Edinburgh; it’s where the Royal Yacht Britannia is docked and it really doesn’t look out of place among the redeveloped warehouses that are now curios shops, cafes and bars. Stockbridge is where the cool cats hang out - artists, writers musicians and the like. It’s a lovely area, at the bottom of the New Town, stretching down to the verdurous Royal Botanic Garden Edinburgh.

Site of the National Museum of Scotland, Southside has more of a villagey feel, with quirky boutiques and smaller shops; there’s a very convivial air, possibly because lots of the residents are students and they all know each other. Southside is home to the University of Edinburgh, which has beautiful grounds and some very striking venues including the McEwan Hall, and the Surgeons Hall.