Venues for Hire in Solihull

Big Venue Book has found 51 venues within 7.5 miles of Solihull which have function rooms and event space available to hire for both private and corporate events of up to 5,000 people attending. What's the occasion? You can browse our venues by event type such a wedding, party or conference. Simply add one or more venues to your shortlist and send an enquiry to receive a detailed quotation prepared by the professional event managers based at each venue. If you're planning a corporate event and on a tight deadline why not 'Ask the Experts'? Our team are on hand to help you find the perfect venue for your next event. 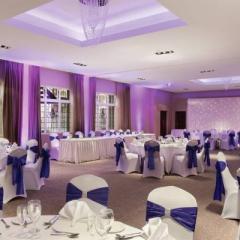 Located right in the centre of Solihull with delightful views over the bowling green, the Ramada Solihull is fast becoming something of a hotspot for corporate meetings and events – and no wonder; modern… 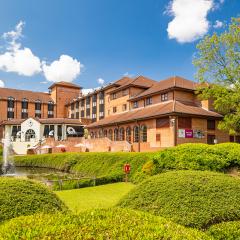 Crowne Plaza Solihull is a modern hotel located in the heart of Solihull, just 5 miles from Birmingham and the NEC and offers modern bedrooms, 12 meeting rooms, a heated swimming pool and a lakeside terrace… 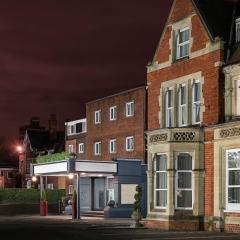 Solihull, West Midlands B91 1AT

Voco St. John's Solihull has it all, great location, fantastic amenities, comfort and style and a wealth of choice and flexibility when it comes to planning your event. The hotel has 13 different event… 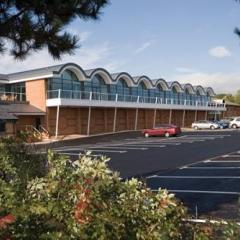 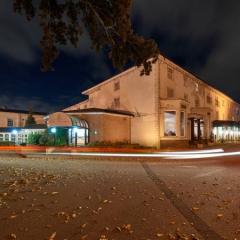 Perfectly situated for business meetings in the Midlands, the Regency Hotel is situated in Solihull, just 20 mins from the NEC and Birmingham Airport. Behind the Georgian façade upbeat modern styling… 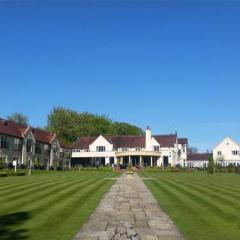 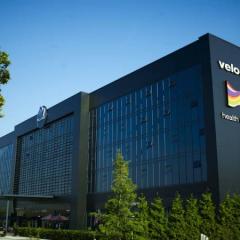 This stylish, modern 3-star hotel, The Village Solihull, located on the outskirts of Birmingham offers a quiet, tranquil setting amidst the countryside. Its contemporary relaxed vibe offers an exciting… 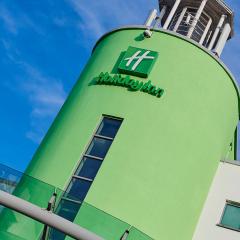 Holiday Inn Birmingham Airport is a snazzy modern hotel with a convenient Midlands location less than 2 miles from Birmingham International Airport. It’s a hot spot for big weddings and is one of the… 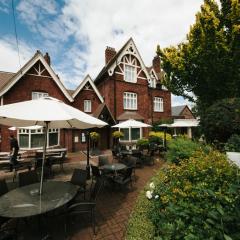 Sometimes the best things come in smaller packages; book an event at this privately run boutique hotel in Dorridge, Solihull and you’ll find it’s rather like being welcomed at a friend’s beautiful… 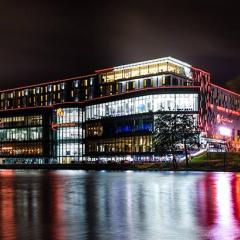 A convenient location on the NEC campus in central England, just minutes from the M5, high spec meeting rooms for up to 150 delegates, top notch facilities and loads going on; it all rolls together to… 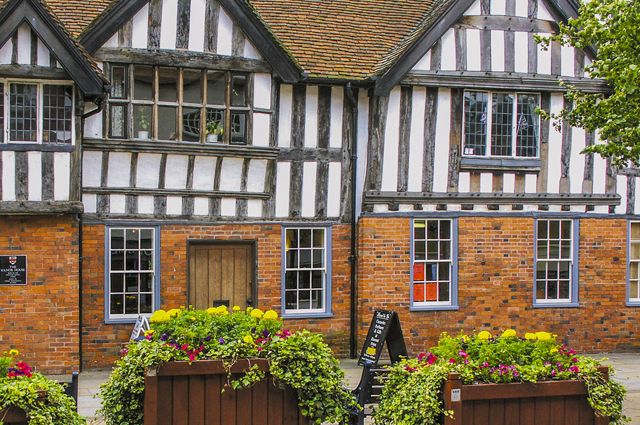 Solihull in the West Midlands lies just south of Birmingham. Its close proximity to the city and pleasant surroundings make it an ideal location for visitors. It is the most affluent town in the West Midlands – and is also one of the wealthiest locations in the UK outside of London. The area’s wealth lends an upmarket, exclusive vibe to this town, which is rich in history with quaint old buildings making up its centre. It has been named as one of the country’s ‘best places to live’ in several polls over the years.

Attractions in an around Solihull include the National Motorcycle Museum, Tudor Grande Park and the Landrover Experience. Shoppers can browse at Touchwood Shopping Centre and Mell Square, or stroll the streets in the open air in the town centre. Solihull is well-known for its fantastic selection of restaurants and café bars offering up tasty food and drink from around the world. Thanks to the area’s rich diversity many Indian restaurants can be found in the town centre serving authentic, aromatic cuisine.

Nearby idyllic rural villages and rolling countryside offer the perfect contrast to the hustle and bustle of the town centre. A variety of attractions lie within the surrounding area including the Warwickshire Wildlife Trust, Haystacks Play Barn, Elmdon Nature Park and Malvern and Brueton Park, which is a designated nature reserve.

As Solihull lies so close to Birmingham it enjoys the same accessibility as the city, close to the M40, M42 and M6 motorways and rail links down to London and north to Manchester and Scotland.