Venues for Hire in Birmingham

Take your pick from a multitude of event venues in Birmingham; big or small, we’ve got 56 venues within 7.9 miles of the city centre for all kinds of events catering for up to 5,000 guests. Whether you’re planning a dreamy wedding, a big exhibition or overnight conference, we’re confident that you’ll find something to suit you. You’ll see large scale arenas and sports grounds, purpose built conference centres, historic houses, cosmopolitan and traditional hotels, and snazzy studios. We even have a Victorian tavern and stunning Botanical Gardens.

So find yourself a comfy chair, have a browse and shortlist the venues you like; you’ll find all you need to know plus handy gallery pictures to look at. You can then send one speedy enquiry to all your selected venues and relax whilst you wait to hear back from their event managers. If there’s too many venues to choose from or you have certain requirements, don’t hesitate to opt for our 'Ask the Experts' service, and we’ll be straight on to it. 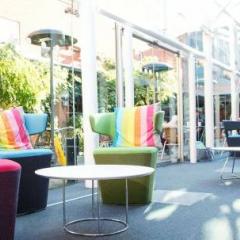 The Studio Birmingham is a convenient and upbeat venue right in the city centre. With 19 fantastic bright and airy meeting rooms, plus a bar and a trendy roof terrace, this is the perfect place for business… 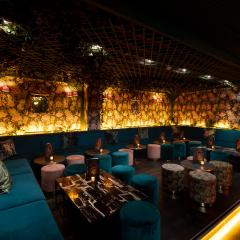 Head to The Cocktail Club, Birmingham for the best parties in town or for relaxed business meetings and events for up to 430 people. Shake off the old-style of event and bring a whole new vibe to your… 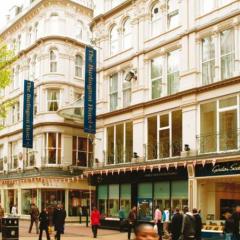 Four-Star Luxury awaits you among the exciting and bustling city of Birmingham at the Burlington Hotel. Combining modern facilities with period architecture of the city’s New Street area, here you can… 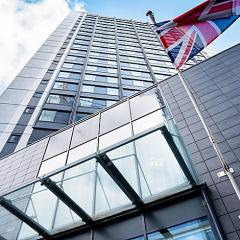 With a great central location in the bustling city of Birmingham is the modern and contemporary Holiday Inn Express with fantastic amenities on offer for both leisure and business. Its perfect location,… 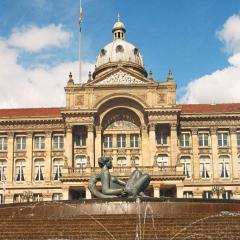 This magnificent city centre venue has played host to the glitterati and literati, as well as the royal family and leading politicians from all over the world, so there’s every reason to book it for… 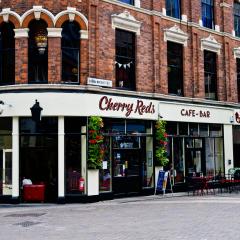 Cherry Reds is an independent café bar in a beautiful historic building on the corner of John Bright Street in Birmingham city centre. It makes a unique and cheerful venue for smaller corporate meetings… 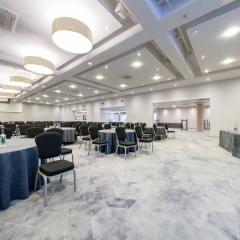 This purpose-built events venue boasts an enviable city centre location and offers over 2,000 square metres of fantastic up to the minute function space with capacity for up to 1,000 delegates. With built… 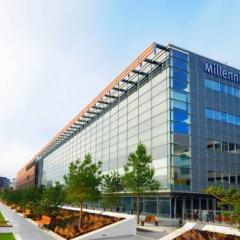 A snazzy, cutting edge venue just 10 minutes from Birmingham city centre, where science, technology and learning are at the forefront. You name it, you can do it here: exhibitions, product launches, presentations,… 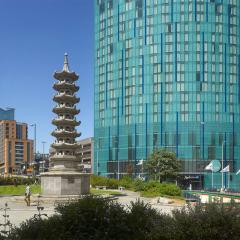 This hotel is an iconic piece of modern architecture; the imposing building sits in the hub of the city with stunning views. With every modern convenience, it offers many comforts from super high speed… 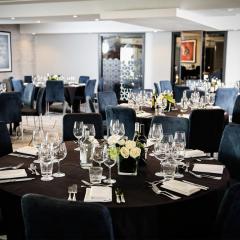 With a superb city centre location, top notch facilities and eclectic boutique styling, Malmaison Birmingham plays host to many an urban wedding and to business meetings and events for up to 120 delegates.…

Birmingham: The heart of England…

There’s something about the upbeat vibe of Birmingham that sets it apart from other cities; true, they’ve all got their own identities, but this is unique, it’s bubbly and vivacious, high spirited, and friendly. And there’s heaps going on, all day, all night, year round. Birmingham is home to a very diverse multi-cultural community, partly because of the huge role the city played in the rise of the British manufacturing industry, but also because it’s slap bang in the middle of the country. It’s the heart of England, a big throbbing conurbation that’s convenient for all the major transport routes, with an airport just ten minutes from the city centre. So that explains why it’s become Britain’s second largest city. 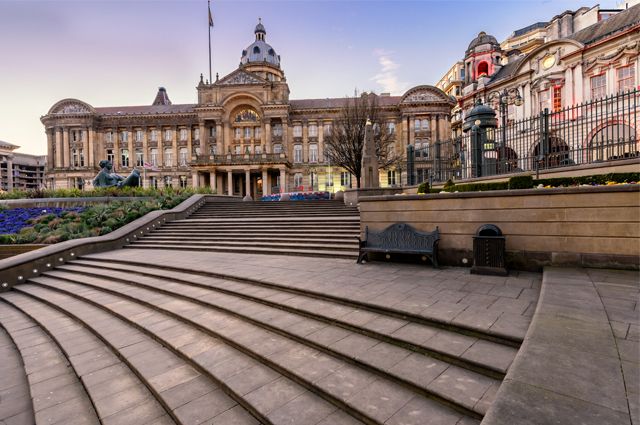 So what’s there? Loads, absolutely loads. Impossible to list it all here, but to say there’s something for everyone is an understatement; museums and galleries (you can easily spend all day in Birmingham Museum and Art Gallery), gorgeous parks and gardens (check out Birmingham Botanical Gardens with its exquisite glasshouses), a network of canals, a beautiful Baroque cathedral, a plethora of places to eat covering all types of cuisine, and there’s even a chocolate factory.

The various districts remain diverse but have their own vibe, some have a distinct villagey feel; Digbeth is hip and happening, Balti Triangle is the place for exotic Asian clothing and fabrics, Southside takes in Chinatown, Theatreland and Gay Village, Eastside is home to vast green spaces and the inspiring thinktank Science Museum. In the Colmore Business District contemporary architecture rubs shoulders with historic buildings; Brindley Place has a notable cosmopolitan air, Broad street throbs to the beat of the nightlife.