Venues for Hire in London

If you’re looking to organise an event in the City of London, you’ll know how overwhelming the choice is when it comes to finding the perfect venue – there are so many of them, from swish modern hotels and studios, magnificent merchants halls and historic houses to trendy bars and iconic buildings. They’re all perfect for all kinds of events; a drinks reception in a crypt, a conference in an opulent hotel, a wedding in a majestic old hall, or a meeting in a contemporary setting.

Start by checking out we’ve got; we’re proud to offer 315 venues all within a 5 mile radius of the City, with a top capacity of 20,000 guests. If it gets too mind boggling, fear not – we have the answer! Just select our 'Ask the Experts' service and we’ll use our years of experience to find you the perfect venue.

What a vibe! Right in the middle of the City of London, high up on the roof of No. 1 Poultry; a location that’s sure to impress and amaze your guests. Book now for year-round parties, weddings, networking… 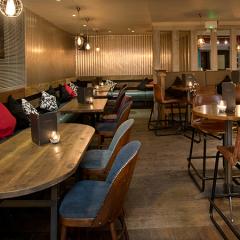 Well, what a great place to hang out! There’s a certain uniqueness about Core Bar in the heart of the City; it’s upbeat without a doubt, but it’s also cool and eclectic, and dare we say it, a little… 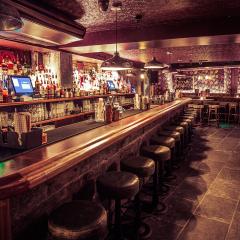 There are parties and there are parties, and a party at The Cocktail Club Mansion House will be one like no other. There’s one big happy vibe here which is why it’s such a great venue for meetings… 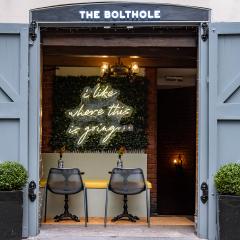 Only a few minutes stroll from London Bridge, The Bolthole is a very relaxed restaurant and bar that's tucked away from the hustle and bustle of the city in a sophisticated underground setting. It's… 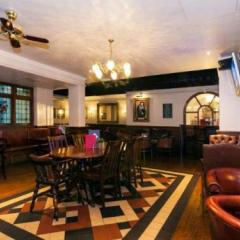 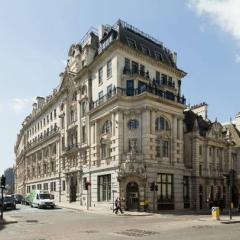 This historical events venue is perfect for wedding receptions, banqueting and private dining events as much as it is for corporate events, Christmas and summer parties. This distinguished London venue… 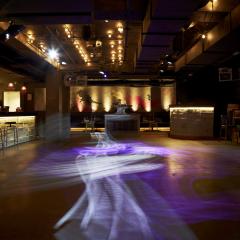 This cool city hangout is next to Bank Station. The vibe is industrial chic, with high ceilings, exposed ducting and ambient lighting; with a stylish New York sway, it’s a unique venue for events up… 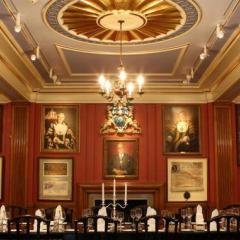 Heritage, art and modern facilities combine seamlessly at Painters Hall to bring you a unique and outstanding venue for your business event. Home to the Worshipful Company of Painter-Stainers, whose roots… 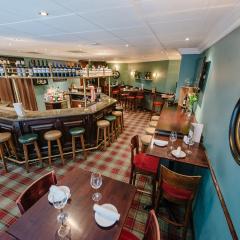 Number 25 has been described as a gem – and quite rightly so, this quirky wine bar has capacity for up to 80 guests standing and is right in the heart of London amidst the buzz of the city, but it still… 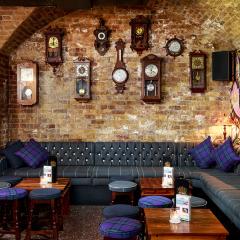 Get your groove on for a party to remember at The Cocktail Club Monument, just a short dawdle from Monument tube station. Slink down through a taxidermy shopfront and you’ll find yourselves in an old…

City of London: The heart of the capital… 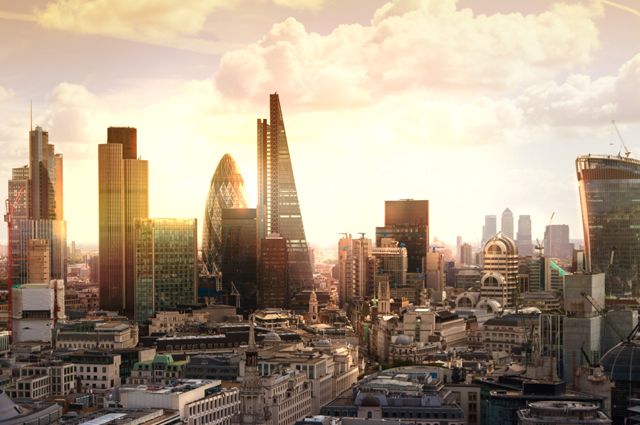 At the heart of London City is one of the biggest financial districts in the world, rivalling that of New York, and it’s home to the Bank of England and the Stock Exchange. Known as the Square Mile, the City roughly follows the boundary of the old Roman City, and it’s been a centre of commerce for centuries so it’s no surprise to see glass fronted modern skyscrapers like Searcy’s the Gherkin and OXO2 towering above medieval alleys and beautiful historic buildings, among them Somerset House, Merchant Taylor’s Hall and Threadneedles.

London City is a built-up area with not much in the way of green spaces, though there are a few small parks and surprisingly, tucked away amongst it are a couple of gems like The HAC, sitting in five acres of glorious grounds. The streets are a bustle with suited and booted city workers, traders heading to the markets at Billingsgate and Leadenhall, or shoppers after a glitzy sparkler from the jewellery quarter at Hatton Garden. You’ll see folk relaxing on the seats outside of bars and cafes, watching the world go by and enjoying being a part of the buzz.

There’s a mix of very swanky and rather quirky bars and restaurants, popular with bankers and traders after a hard days graft at the office; Butler’s Wharf Chop House, Forge, and Balls Brothers Austin Friars, and after hours the streets throb to a different beat with some funky late night venues – Core Bar, Babble City and Amber – all rock on for parties and celebrations.

London City is huge on history, with several magnificent ornate buildings, some dating back to medieval times, and there are some of the best museums and galleries in town, among them the illustrious Barbican Centre, St Paul’s Cathedral and the Museum of London. And of course, there are several famous landmarks; the Tower of London, the London Dungeon, and the Monument to the Great Fire of London, incidentally just 202 feet from the bakery in Pudding Lane where the fire started and – did you know? You can climb all 311 steps to top – imagine the views!

You can also check out the cityscape from the Sky Lounge at the top of Double Tree by Hilton Hotel close to Tower Bridge, and from the Shard, you get a city vista that stretches over 30 miles! Time it right and it’ll knock your socks off when you catch the sun setting over the city.